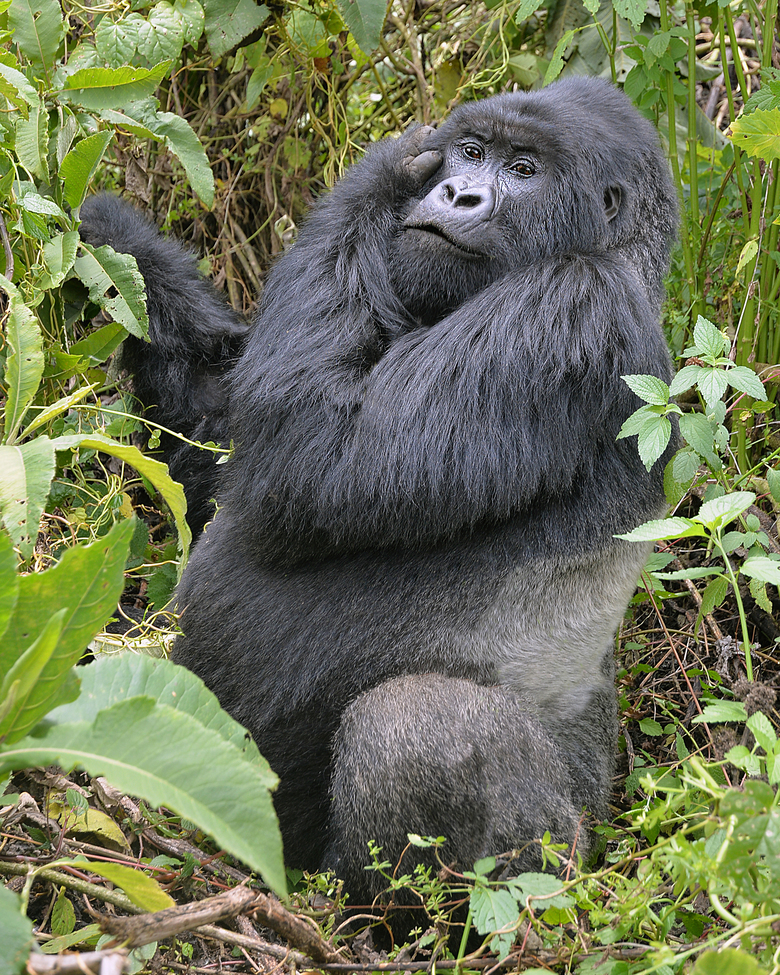 This photo was taken in Rwanda at Volcanoes National Park. After trekking for over nine hours through thick mud, dense brush, bamboo forests and stinging nettles we located a family of gorillas and this magnificent silverback seemed to strike a pose — as if he did it every day. He was within arms reach as I took this photo. Shortly after this photo he decided he had enough and, pounding his chest, scrambled right past us and back into the forest. It was an amazing encounter. 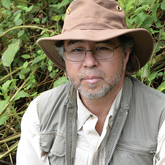 I'm a graphic designer and international photographer . . . a free spirit who has lived a life of adventure. I have paraglided off the Carpathian Mountains, scuba dived a glacier lake in Iceland, sat quietly with a silverback gorilla in a volcanic rainforest in Rwanda. I've drank coffee on the Champs-Élysées, gotten drunk in an Irish pub, I've witnessed the famous sunset off Santorini, Greece and spent the night in a farmers barn in the shadow of Dracula's castle in Transylvania. I have fought Klingons alongside the real Captain Kirk. I've ridden a Lipizzaner Stallion, scuba dived with sharks without a cage. Run with the bulls in Pamplona, Spain. I have been a construction worker, landscaper, soldier, mercenary, factory worker, office worker and peace officer. I've hiked the Inca Trail to Machu Picchu, driven a jeep across the Serengeti, learned to fly a plane. I have photographed beautiful women, hung out with celebrities in Hollywood, dangled out of helicopters photographing tall ships. Ridden motorcycles cross-country, jumped out of airplanes and rappelled down waterfalls in distant jungles. They say live life without regrets - but I have many. I'm tired and old and jaded - yet there are still adventures to be had . . .