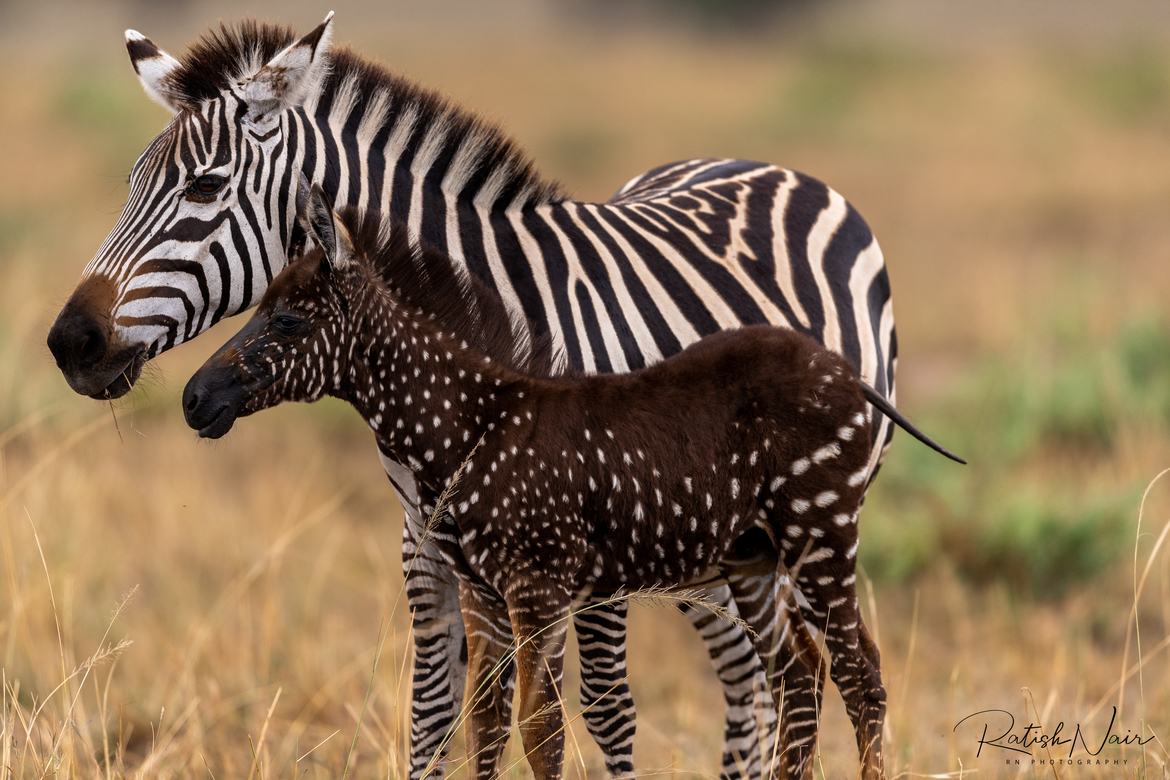 The one and only polka-dotted Zebra foal, that has taken the internet by storm, is called ‘Tira’ named after a local tour guide and photographer, Antony Tira who spotted him first.

This baby Zebra suffers from a genetic condition known as ‘pseudomelanism’ which is responsible for the abnormalities in the stripe pattern amongst zebras. Zebras are dark-skinned and their stripes arise out of cells called melanocytes that transfer melanin to some of their hairs; therefore the hairs that have melanin appear black and the ones without melanin appear white.

Pseudomelanism, also called abundism, is another variant of pigmentation, characterized by dark spots or enlarged stripes, which cover a large part of the body of the animal, making it appear melanistic.

The concern is that its odd pattern makes its life difficult in the savannah’s wilderness as predators can easily spot animals with color variations among the pack.

While most think this is the only ‘odd zebra out’ its not true. In Tanzania's Serengeti National Park a blonde Zebra was photographed earlier this year. This particular Zebra suffers from partial albinism which in layman terms means significantly less melanin.