Costa Rica continues to be one of my favorite places on the planet. The wild tropical jungle, vast biodiversity, and a conservation culture that inspires me beyond words.

However, there is a further je ne sais quoi about Costa Rica that is quite challenging to capture photographically, in fact. While the sense of place one feels when hiking through the rain forests, cloud forests and beaches of this tropical wonderland is indeed palpable…it can actually be quite hard to portray the majesty in photos.  After all, a big, dense jungle is a bit daunting when thinking of things like perfect composition, stunning lighting, etc.

Here I’m going to give you three tips to ensure that you capture the beauty of Costa Rica’s landscape and return home with a mental and visual appreciation of all that is Costa Rica’s wilderness.

The first thing that I personally get hung up on when taking landscape photos of Costa Rica is just how big everything is.  Massive trees, huge forests, and towering canopy plants predominate the landscape.

On one hand, it’s simple to photograph these elements, as they’re all around you.  However, what you often come up with is just a documentary style photo that isn’t all that beautiful or aesthetic.  It just shows what things look like—it’s not particularly mesmerizing or inspiring.

To bypass that lackluster feeling and add the artistic element into your landscape photography, think small—much smaller than you’d normally think when visualizing and composing landscape photos. 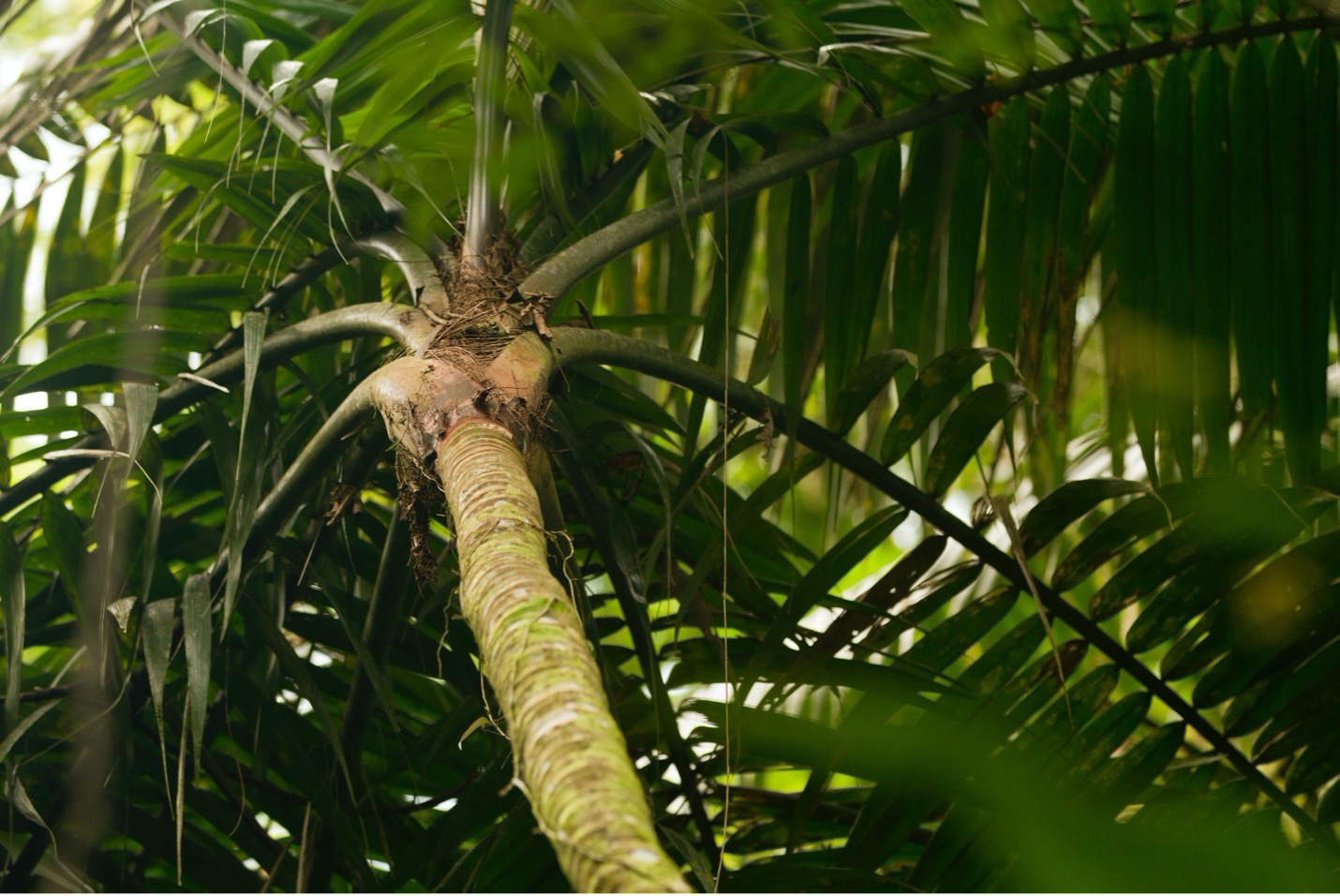 Rather than trying to photograph the entire scene, focus on just a small section of the forest—something particularly interesting and fill the frame with it.

You see, there are just so many textures, patterns, and conflicting “leading lines” in a jungle environment that to try and capture too much ends up taking away from the impact you can have. Zeroing your sights (and camera) on something small, and making it big, is a superb way to showcase the wildness of a place like Costa Rica.

In a similar vein, I always look for patterns and symmetry when documenting big, overwhelming, wild places like the Costa Rican rain forest.  Again, if you try to capture too much, the entire scene just looks disorganized and in disarray.  The anecdote to that?  Create some order, pattern, and flow to the photo. 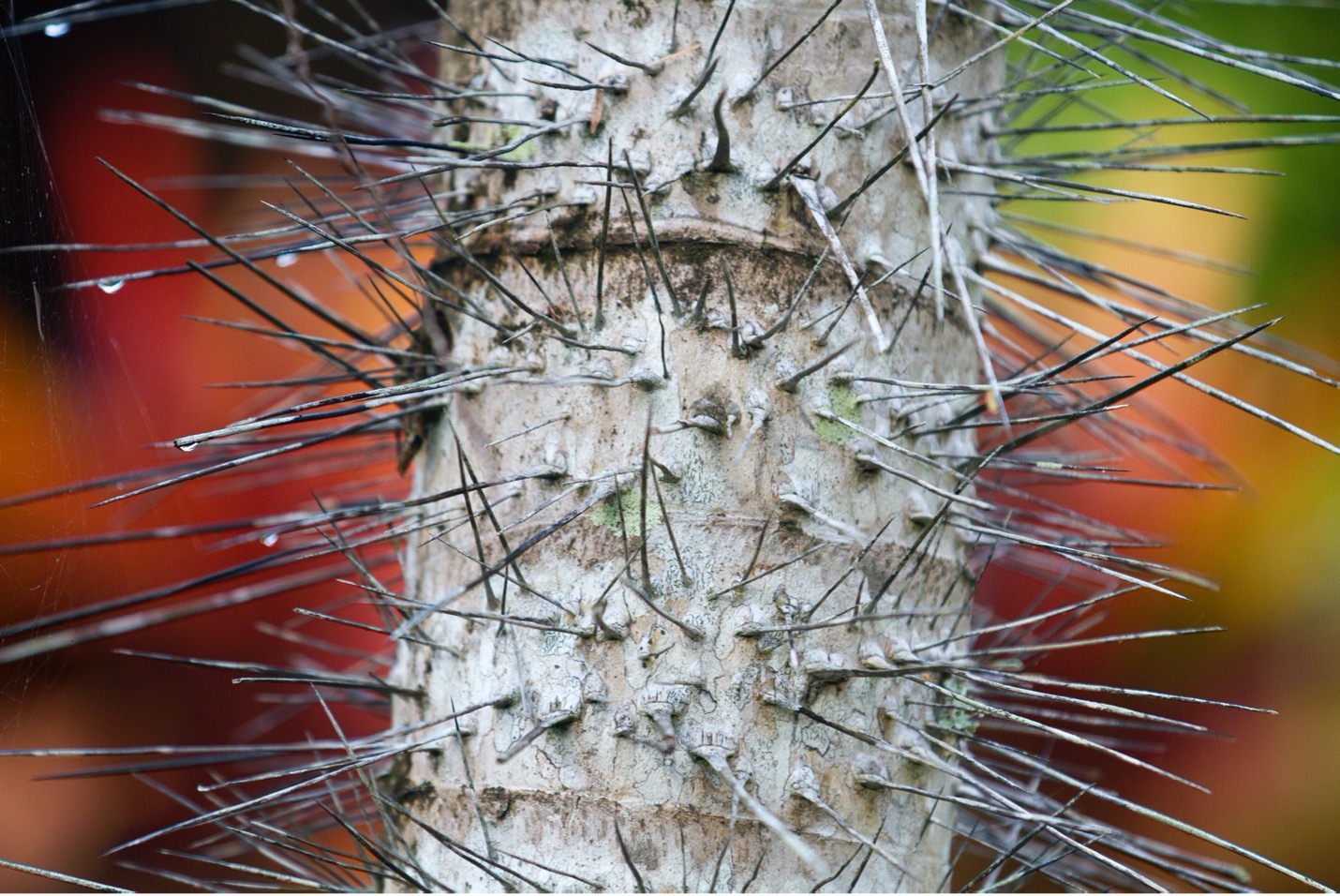 This may be your atypical landscape photo, and it certainly defies the laws of composition by placing this spikey tree in the dead middle of the frame.  However, I did a few things deliberately to make this photo quite alluring.

First, I chose the background in the sense that I rotated around the tree until I noticed a nice red, orange and yellow background.  Next, I composed the photo so that the spines were stretching all the way to the edges…making it look bigger, more imposing, and more impressive. Finally, to employ the allure of symmetry, I placed the trunk in the middle of the frame to have it be singular and dominant in the scene.

There are many, many other patterns to observe in the Costa Rican forests—it’s just a matter of finding them and creating with what you have. There may even be opportunities around your eco-lodge, like the photo below of the green bananas.  I used the repetition and pattern to fill the frame with an interesting color and texture with minimal design. 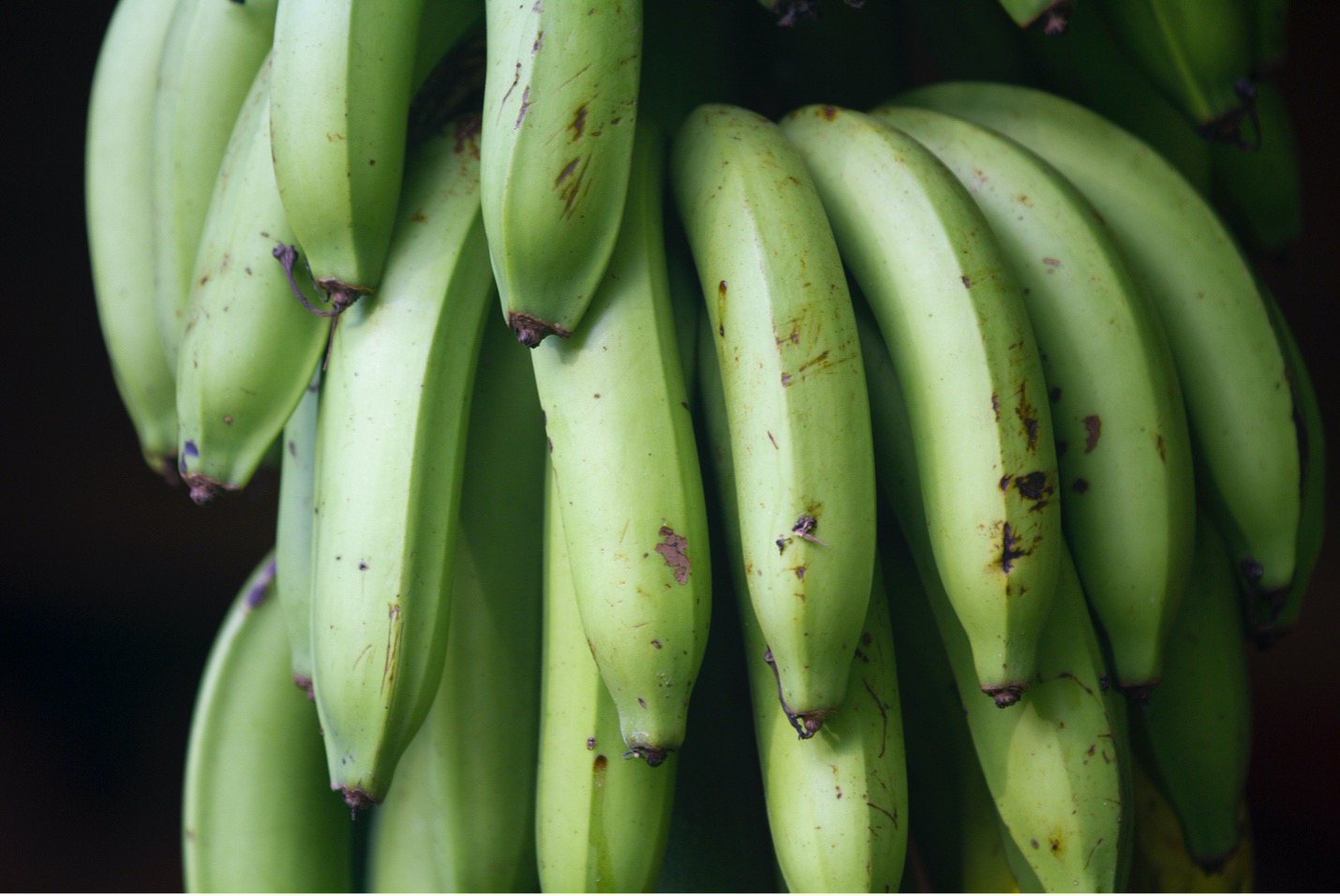 This is perhaps the most important tip (saved the best for last!) as it allows you to zoom out and capture more of your surroundings while still creating a bit of order and aesthetics to the photo. 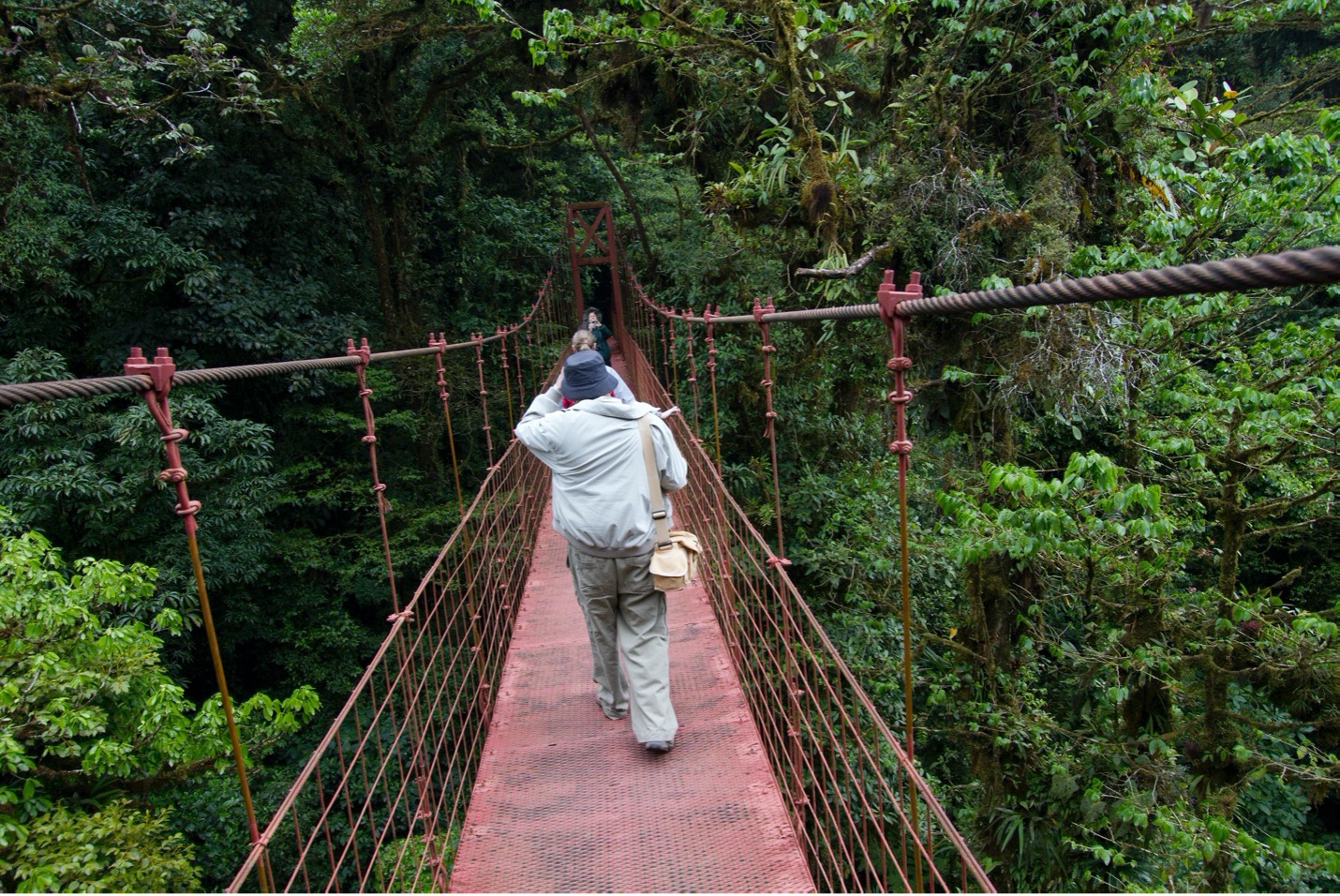 In the above example, the canopy bridge is indeed that leading line we need in the photo.  In fact, with the cables and bridge and whatnot, we have several leading lines.  The intention here is to draw your eye through the jungle, starting at the near point and carrying on into the darker, denser jungle.  It creates an aesthetic and it creates a mood that we’re trying to showcase. 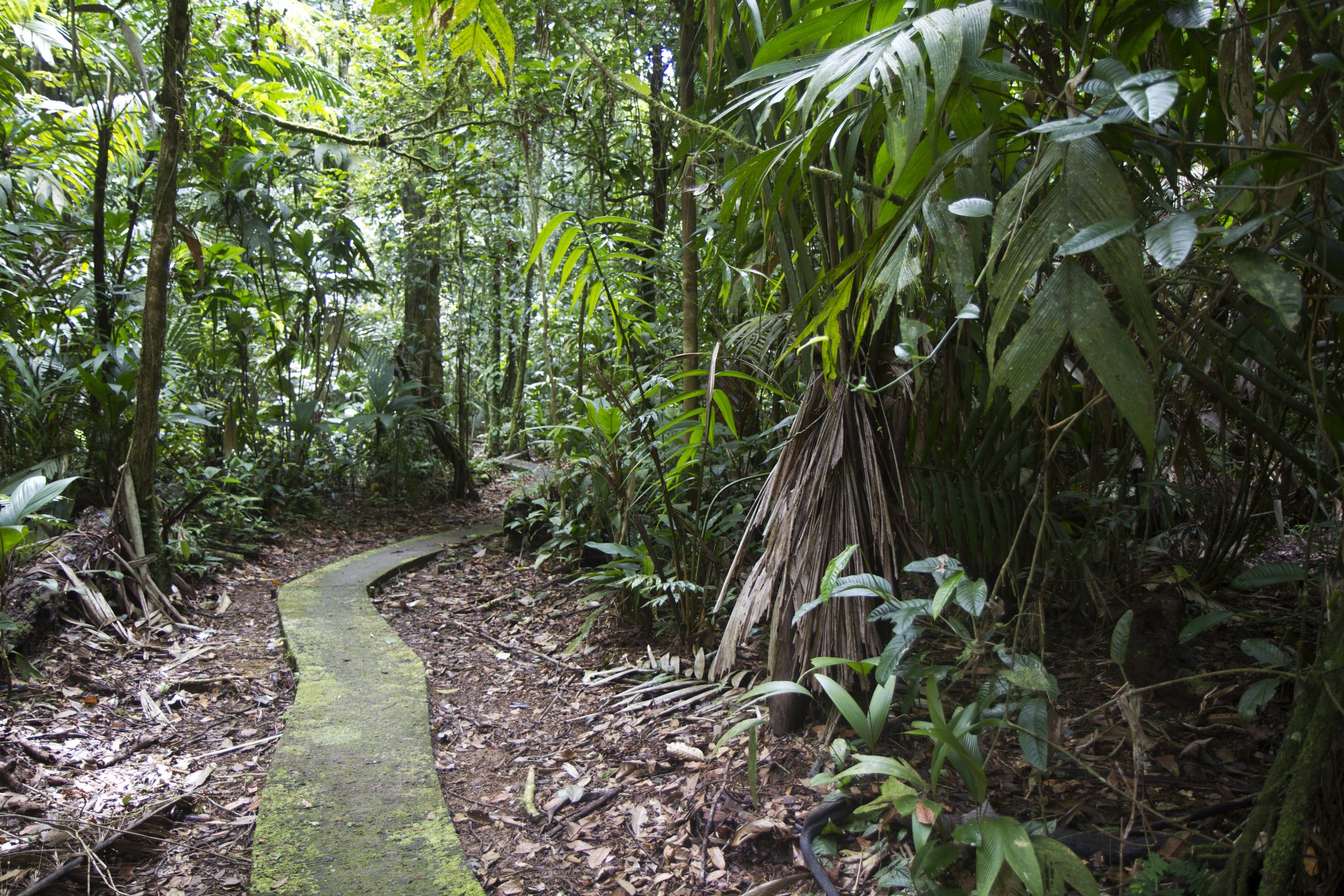 Leading lines need not be perfectly straight, either. Notice how the subtle pathway, which weaves through the palms and forest floor, is just enough to cause a little bit of intrigue in the photo.  The surrounding vegetation isn’t necessarily breathtaking, but the simple, clean line the path creates adds a specific dimension to the photo to make the viewer feel as if they’re headed into the rain forest.

And notice how this leading line adheres to the rule-of-thirds?  It originates in the far left third and ends near that intersecting point…a very deliberate choice! 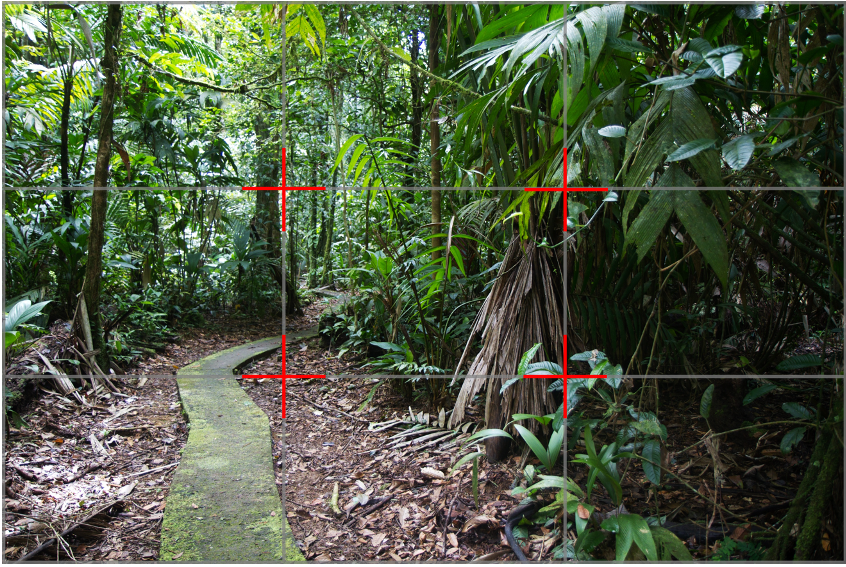 You can see how photographing landscapes in Costa Rica takes on an entirely new dimension.  While teeming with beauty, there aren’t the obvious features like you may be accustomed to seeing with towering peaks of the Rocky Mountains or red rocks and geological wonders of the desert southwest.  However, with a few tips and tricks you can visualize a different way of capturing and showcasing these landscapes.

Hopefully you are headed to Costa Rica soon to employ these tactics and enjoy some time in mother nature’s paradise!

How to get this shot – Blue Hour in Yellowstone

The Best Lens for Photographing the Monarch Butterfly Migration